You are here: Home / St. Michael

This magnificent neoclassical work was commissioned by the guild of Traders to Salvador Gurri, who worked together with members of his workshop. The main sculptures were made by this sculptor while the architectural design was made by Tomas Solanas, who was disciple and companion of Gurri in the “Escola Gratuïta de Disseny” (The School of Design of Barcelona). In the other sculptural ornaments as well as the upper group devoted to St. Martin bishop worked sculptors of his surroundings.
The altarpiece is one of the first religious works entirely neoclassical in Barcelona. Strongly influenced by the artistic trend of the court of Madrid and the guidelines promulgated by the king Charles III about the creation of altarpieces. In this way it’s notorious the systematic use of stone and fine marbles from Carrara and Tarragona, different from the traditional late-Baroque style, made of wood, common in the city. In addition the image of St. Michael is closer to the classical model of Victoria (Niké) than his usual iconography as the warrior angel.
The guild of traders, founded in 1447 and established in the church of Santa Maria del Pi in 1452, ordered their first altarpiece to the painter Jaume Huguet, a famous work currently in MNAC. In 1663 it was replaced by a new Baroque altarpiece which was the predecessor of the current one. Since 1798 the guild has the pontifical privilege to hold the reserve of the Holy Sacrament. This altarpiece wasn’t damaged in 1936. 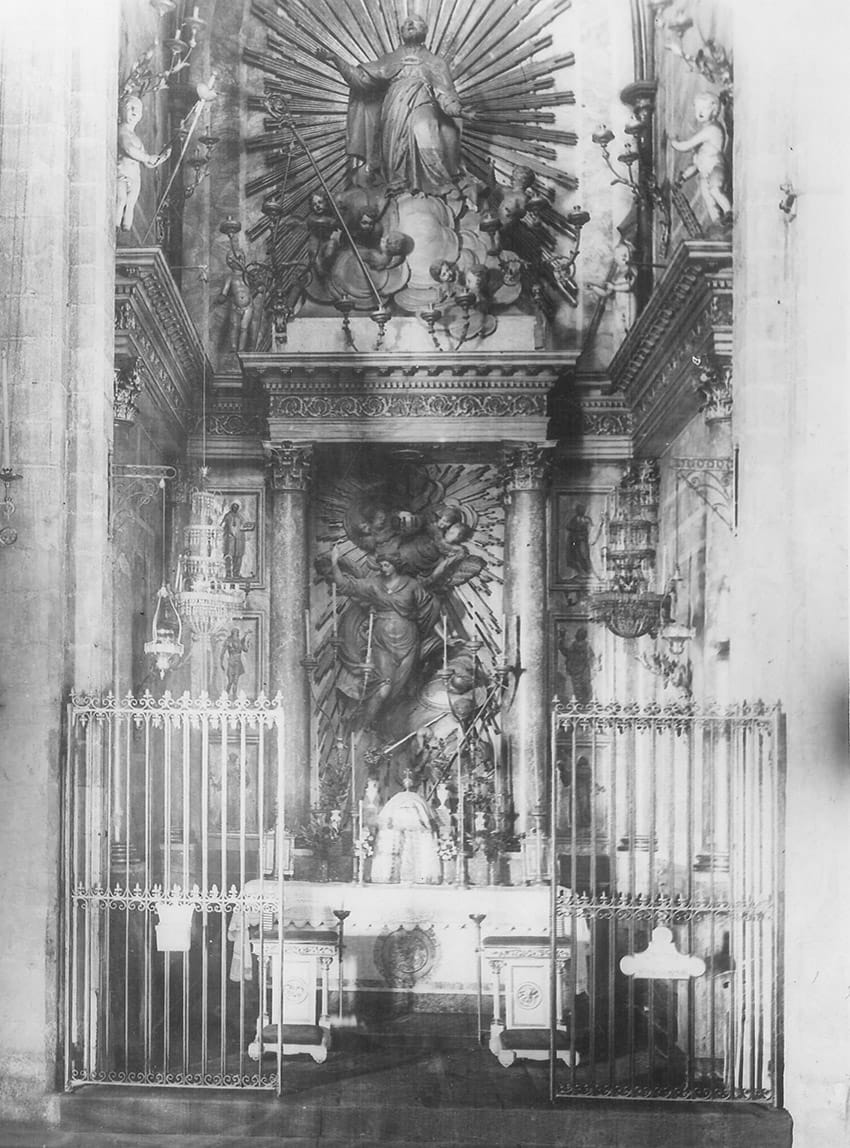 Altarpiece of Saint Michael before 1936. 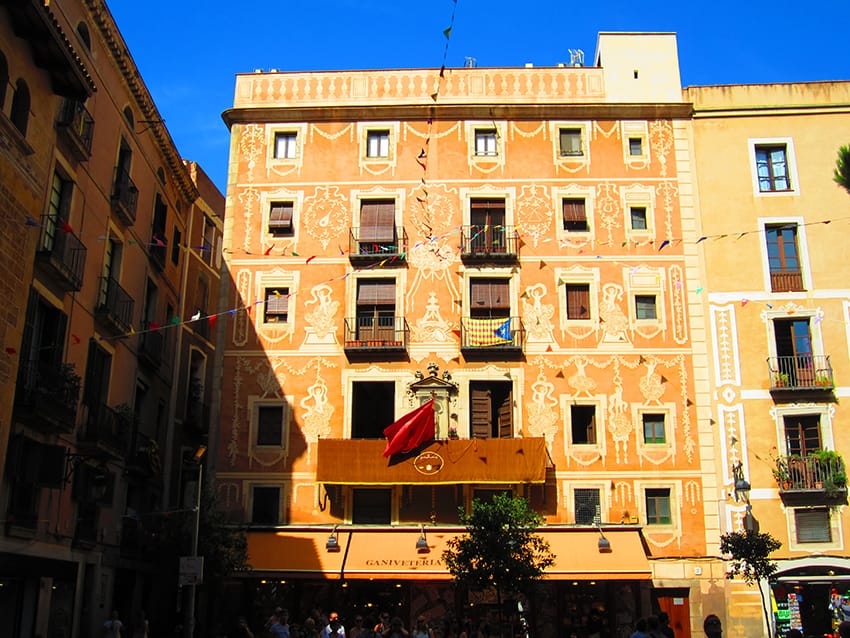