You are here: Home / Saint Pancras

The veneration to Saint Pancras it’s one of the oldest of Santa Maria del Pi, together with Saint Clement. It is known since the year 1062, placed probably in one of the three apses of the old Romanesque church, and there are documentation which talk about sacramental testaments made in his altar. When the Romanesque church was replaced by the Gothic church the altar of Saint Pancras was placed in the first chapel of the Epistle side, nowadays the access to the sacristy, where still can be seen the keystone depicting his martyrdom. Between the 19th and the 20th centuries the altar was moved to different places until 1928, when it was placed in the present chapel, formerly devoted to Saint Lucy and Saint Margaret. The present altarpiece was designed by Juli Fossas and was unveiled in 1919. Later two paintings were added depicting the baptism and the martyrdom of Saint Pancras.
The statue of Saint Pancras, hugely devoted for being the patron saint of the work, was one of the few statues saved in the fire of 1936, and there is a story which explains that the militiamen were about to throw him to the bonfire, but in the last moment somebody said: “Not him, he’s a worker!”, and then they pulled up the finger of his right hand and he stayed with his fist raised, “Now he’s already one of us!”, they said, and thanks to this the statue didn’t burn.
Together with Saint Pancras are the statues of Saint Lucy and Saint Anthony of Padua. 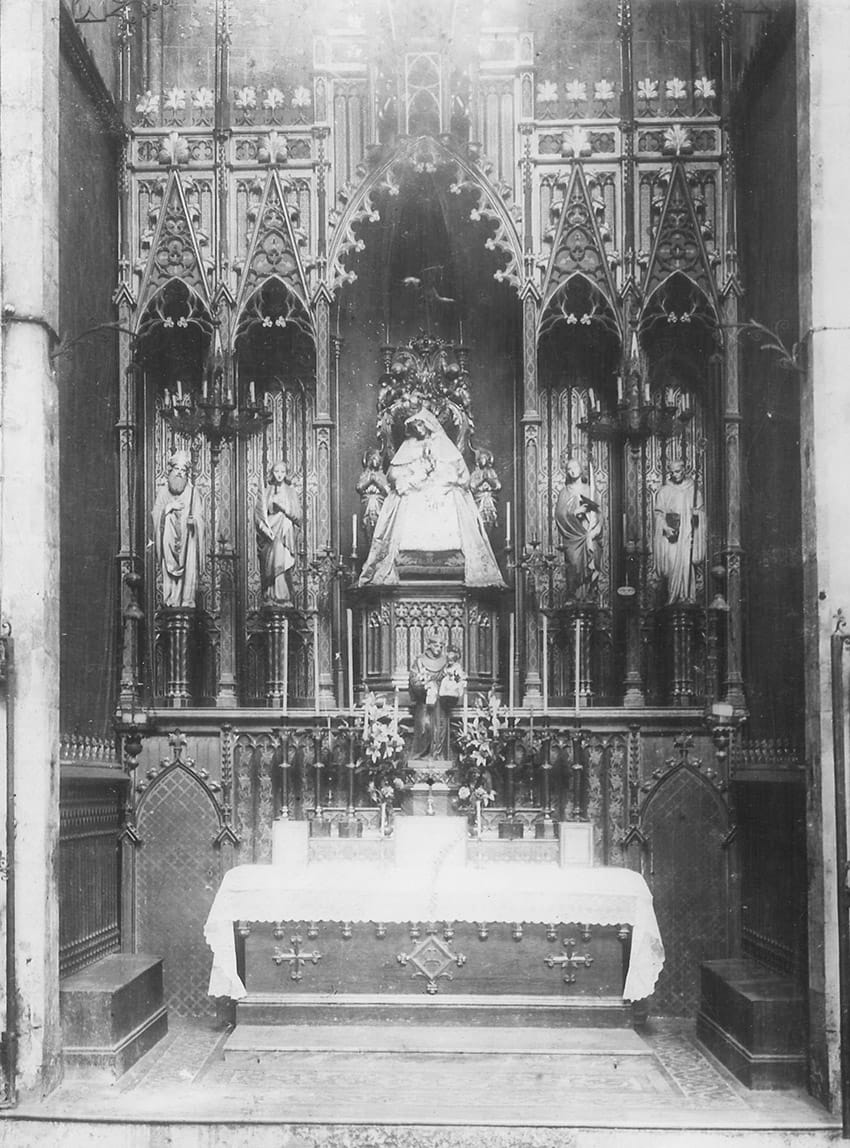 Altarpiece of Our Lady of Providence before 1936.