The dedication of Saint Clement together with Saint Pancras were the oldest devotions of Santa Maria del Pi, probably located in one of the three apses in the old Romanesque church. During the construction of the Gothic temple the dedication of Saint Clement was moved to this chapel until the mid-seventeenth century, when the patron saint was Saint Leopardus. In this place Dr. Josep Oriol i Bogunyà obtained his benefice in 1686 and was also buried the 23rd of march 1702, in the west side, under a gravestone written by his friend Joan Tolleuda, rector of the church, with the following inscription:
“God Best and Greatest.
In this grave was put the body of doctor Josep Oriol. Doctor of Sacred Theology and beneficed oh this parochial church, who happily fell asleep in the Lord gifted by great virtues, 23rd of march 1702”
After some time, this chapel was devoted to Saint Joseph and a new altarpiece was made in 1875, with paintings of Simó Gómez Polo, which burnt during the fire of 1936. Later the chapel was devoted to the Virgin of Montserrat, but in 2012, when the relics of Saint Josep Oriol were returned to their grave, the altar of the Virgin of Montserrat was exchanged by the altar of Saint Josep Oriol and then was placed the saint’s statue made by the sculptor Ramon Amadeu for the feasts of beatification celebrated in Santa Maria del Pi in 1806. 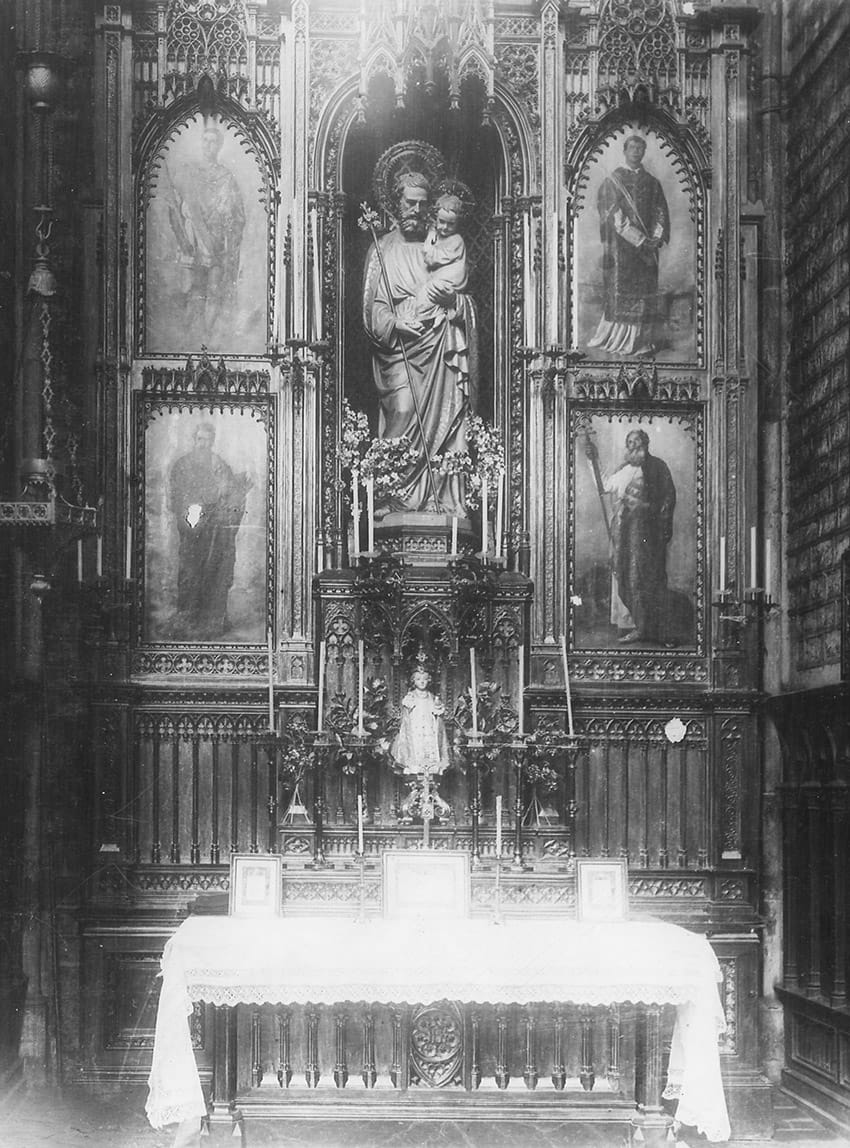 Altarpiece of Saint Joseph before 1936. 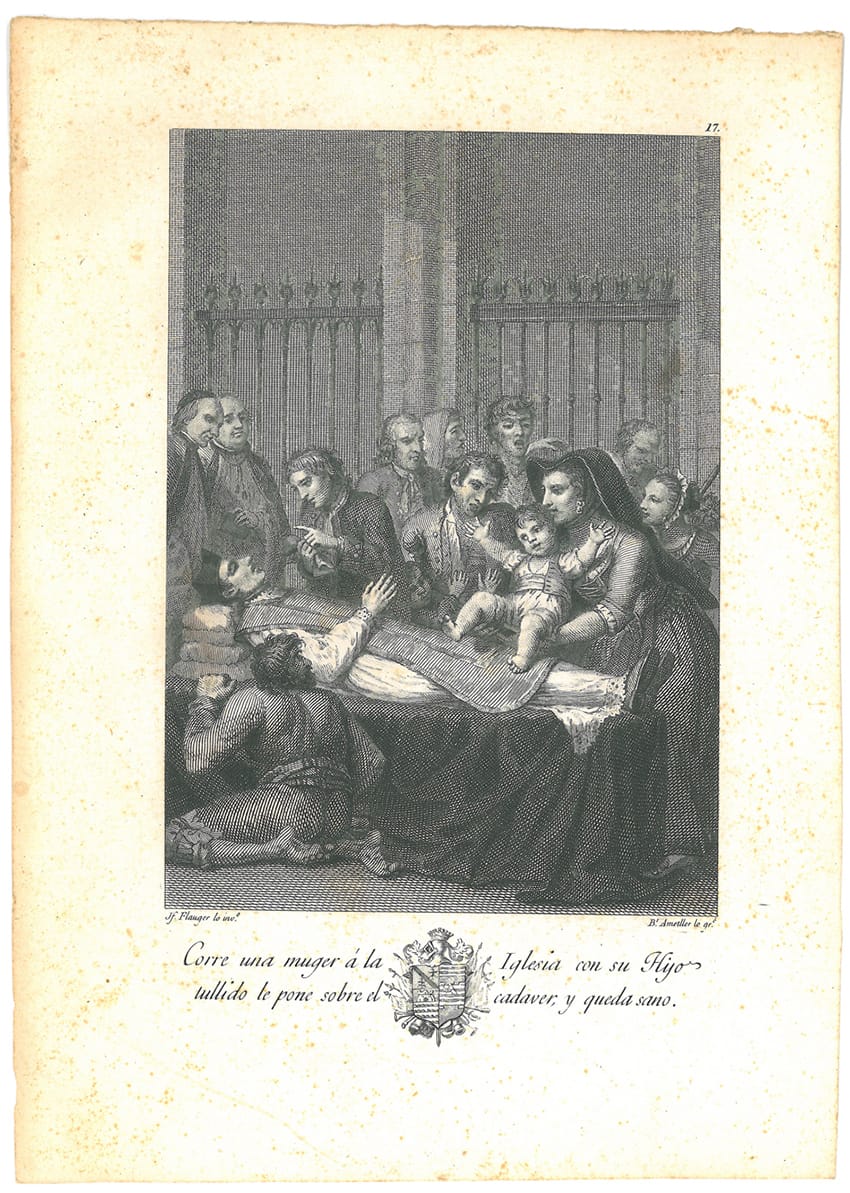